Two UNESCO Cities of Gastronomy, located across the world from each other, offer distinct insights on desert terroir.

I am sitting in an outdoor café on a hot summer day. The café, in Zahle, Lebanon, is on the edge of a broad desert valley that stretches out between two mountain ranges, one of them high enough to capture snow every winter and suffer forest fires most summers. Out of the mountains flows enough snowmelt to allow some irrigation from ...

The chiltepin pepper has a special home in Santa Cruz County

After enduring a bouncy drive up a rough road heading into the Tumacacori Mountains last Tuesday morning, the group of hikers crossed a shallow rocky canyon on foot. Then, after bushwhacking through spiky desert plants and looking under trees, they found their prize: a single bright red, shriveled chili clinging to a dry chiltepin plant.

The fruit of the chiltepin isn’t always so hard to find at this spot, said Kevin Dahl, an ethnobotanist specializing in desert plants. The ...

Esperanza Arevalo wakes up at 3 a.m. every day to make tortillas. She sometimes receives help from her husband and sister-in-law, but for the most part, she’s a one-woman show.

Tortilleria Arevalo started with Esperanza’s father, Javier Arevalo, shortly after 9/11. At the time, Esperanza had just been laid off from her job, so she began helping her father. Years later, when Javier was diagnosed with cancer, Esperanza stepped up and took over the business.

Although making tortillas as a business ...

In front of the Joel D. Valdez Main Library in Tucson, patrons can claim round concrete landscaping beds for free and create their own gardens with seeds from the library’s seed collection. Some of the three-foot-wide planters are festooned with exuberant jungles of squash, flowers and trellised bean plants, while others look more Zen garden than vegetable garden.

The so-called Last Supper was not the last we know that nourished Yeshua of Nazareth and his motley crew of ne’er-do-well friends from Galilee. The other ones had fish swimming into them. For two millennia, Christians all around the planet have faithfully practiced the Ritual of the Open Table—one where everyone has a place at that table to have their hunger curbed, their thirst slaked, and their dignity respected. Other faiths have similar rites of sharing food among both friends ...

Janos Wilder: A Chef’s Journey from Pizza to Paris by Way of Tucson

When UNESCO named Tucson, Arizona a World City of Gastronomy in Dec. 2015, the first U.S. city so named, it put this small desert city on the global map. It also gave a boost to one of its top chefs, Janos Wilder.

In June, Wilder, a James Beard award-winner (2000, Best Chef: Southwest), represented Tucson at a reception in UNESCO’s Paris headquarters before the annual Creative Cities Network conference. In preparation he crafted the menu at his restaurant, Downtown ...

Activists Envision a Border Wall Made of Solar Panels 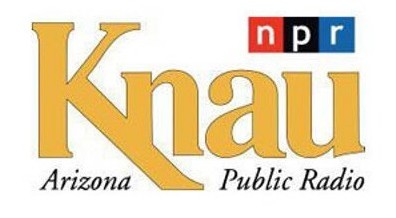 President Trump has requested prototypes for what he calls a “physically imposing” and “beautiful” border wall. This week in a meeting with congressional leaders he floated the idea of covering it in solar panels. That’s not a new concept. Quite a few people have been working on solar wall designs. Arizona author and ecologist Gary Paul Nabhan says a solar installation would create clean energy and sustainable jobs for the U.S. and Mexico. KNAU’s Melissa Sevigny spoke with him about ...

A Future in the Ancestral 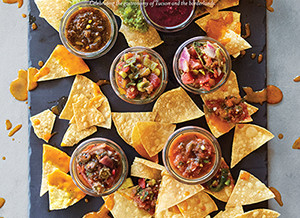 Tacos, tostadas, burritos, sopes, menudos, cazuelas, enchiladas, licuados—the typical foods of modern Mexico that are familiar in the borderlands—are but one set of spinoffs of an ancient Mesoamerican diet.

It would be hard to find a group of plants which offer such architectural grace and morphological symmetry as agaves do. That’s why Tucsonan Greg Starr’s book from Timber Press, Agaves: Living Sculptures for Landscapes and Containers, is one of the most-lovely horticultural classics ever published.

Greg has spent so much time with the many agave species at his Starr Nursery in the Tucson Mountain foothills ...

Did you know that mezcala and tequilas were bottled and savored in Tucson over a century ago?

Did you know that mezcala and tequilas were bottled and savored in Tucson over a century ago? Ironically, only a small percentage of the current residents of Tucson realize that these wild plants were artisanally processed for food and beverages up through recent decades.

Most have never heard of Old Pueblo pioneer Julius Goldbaum who, from 1886 to 1903, distilled, bottled and marketed local mezcals and imported tequilas on the corner of Congress and Meyer in what is now downtown Tucson.

Because I have lived within 20 miles of the U.S./Mexico boundary much of my life, the complexity of the debate regarding President Trump’s border wall proposal is not lost on me. I have worked in communities on both sides of the Arizona-Sonora border, the border in the world with the greatest disparity for dwellers on its two sides.

There are horrific differences in access to clean water, healthy food and jobs with livable wages that currently divide Mexican and U.S. citizens. ...

Let us now praise famous mezcaleros! It was 75 years ago that my mentor, the great plant explorer Howard Scott Gentry, published his Rio Mayo Plants, and 35 years ago that he published Agaves of Continental North America.

As a kid, I worked one summer at the Desert Botanical Garden in Metro Phoenix helping Dr. Gentry check herbarium specimens for localities of the ...

Put a little wildness back into your food and drink, and you will likely become healthier for it!

Put a little wildness back into your food and drink, and you will likely become healthier for it! Ethnobotanists and archaeologists have uncovered cultural and culinary uses of wild agaves, prickly pears and mesquite that reach back at least 8000 years in the U.S./Mexico borderlands.

Just think about that for a moment: a nitrogen-fixing legume tree, a cactus and a succulent agave have offered food and drink to the hungry and thirsty of our region for a duration at least 25 ...

Did you know that extensive prehistoric landscapes of mescal fields underlie much of the Tucson Basin?

Did you know that extensive prehistoric landscapes of mescal fields underlie much of the Tucson Basin? Archaeologists Suzanne and Paul Fish have also documented that at least one (or perhaps two) species of agave were prehistorically cultivated by the Hohokam in the Tucson Basin.

There, agaves covered tens of thousands of acres of desert landscapes, as they did from central Sonora to the south and the Grand Canyon to the north. Many of these agricultural landscapes still exhibit prehistorically constructed terraces, rock alignments, rock piles and roasting ...

How can Tucson and surrounding Sonoran Desert communities revitalize a legacy of using plants such as mezcal both for food and for drink?

“Welcome to the Agave family!” was the way that late Arizona botanist Howard Scott Gentry used to greet aficionados of these wondrously-shaped and deliciously-tasting desert-adapted plants. Of course, many Americans are aware of the fact that is the popular name of a distilled alcoholic beverage, but how many newcomers to Southern Arizona know that it is also the common name for several kinds of native plants that are as good to eat as they are to drink?

Nabhan’s presentation was titled “Conservation You can Taste: Restoring Biodiversity to the Farm and Table” and focused on efforts that are being made to bring back species of edible food crops.

The Convocations started with a showing of a short documentary that ...

On December 11, 2016, the United Nations Educational, Scientific and Cultural Organization (UNESCO) announced designation of the City of Tucson as a City of Gastronomy in the Creative Cities Network.

The City partnered with the University of Arizona’s College of Social and Behavioral Sciences’ Southwest Center, Edible Baja Arizona magazine, and many other community partners to successfully apply for recognition of Tucson Basin’s rich agricultural heritage, thriving food traditions, and culinary distinctiveness through a UNESCO City of Gastronomy designation.

Borders Out of Register: Edge Effects in the U.S.–Mexico Foodshed

This paper addresses how food systems and transboundary food supply chains are mediated and shaped by (cross-) cultural and geopolitical borders that function as selective filters. We focus on the ways in which the political boundary in a formerly cohesive foodshed generates “edge effects” that affect (1) food safety, and (2) food waste, particularly in desert communities adjacent to the U.S.–Mexico border. We hypothesize that as these various boundary lines get “out of register” with one another, their dissonance creates ...

Gary Nabhan and I are bumping along in a rental car down a two-track dirt road that follows the edge of Sonoita Creek’s floodplain, some 29 kilometers north of the Arizona–Mexico border. Nabhan—an ethnobiologist, conservation biologist and agroecologist at the University of Arizona and author of more than 30 books on food, farming and nature—tells me how extraordinary ...

Living, Dying, and Eating in the “Day of the Dead” Belt

To properly celebrate Día de los Muertos, we must do one thing: offer our deceased loved ones the food that feeds their souls.

Other regions of North America may claim that they are the Corn Belt or the Bible Belt, but here in Tucson, we cling to the buckle of the cinturón of Day of the Dead. In an arc stretching from New Orleans through San Antonio and Albuquerque, from Tucson to Yuma and San Diego, the Dia ...