Saving the Planet Can Be Fun

ROME – Saving the planet from environmental catastrophe is undoubtedly very important, but one of the reasons many people are not doing their bit could be that being green does not seem much fun.

Activists frequently tell us, with good reason, that things such as driving cars, eating red meat and jetting off overseas on holiday should be cut down or eliminated because of their hefty carbon footprints. 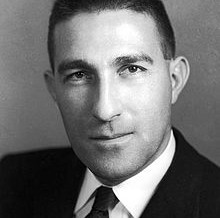 On Saturday, March 20, the West lost Stewart Udall, one of the greatest conservationists this region has given to the world. The man exemplified vision and decency, conservation and consilience, in an era when conflict and entrenchment have become all too common.

As Congress fought bitterly over health care reform that same weekend, voting almost entirely upon party lines, I remembered a story that Udall told me as we celebrated his 80th birthday ...

Ruminating along the Spice Route in Turkey 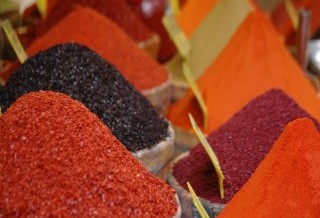 When one travels, it is hard not to be struck by just how much of the world’s food biodiversity has found new homes and adapted to new places over the centuries. Visiting markets in Turkey for the first time in my life, I am amazed at how many Old Friends from the New World show up in the Turk’s souks or spice bazaars: cayenne, bell, paprika and cherry peppers, Jamaican allspice, chocolate, vanilla, tomatoes, squashes, fint corns and beans.

The end-of-the-year word is out: one in seven American families is having trouble putting food on the table, just as we try, each in our own way, to celebrate the Holidays. But what does it mean to celebrate and feast on a Holy Day with hunger at the highest levels it has been in years? With the economic downturn of the last year, far more of our neighbors have had to rely on food banks and food stamps than at ... 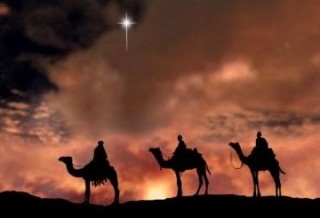 The other night, as I stood in the cold, crisp air to watch the meteor shower of the Geminids falling over a desert mountain, I remembered how, as a child, I loved the story of the three Wise Men from the East following a star until they found where a Semitic child named Yeshua had been born. These wise men, magi, shamans or wizards from the East knelt on the ground before the baby, and gave him gifts fir for ...

Gary Nabhan on what the RAFT alliance is about

Gary Nabhan on what the RAFT alliance is about.

The Sonoran Hotdog Crosses The Border

Americans’ view of the U.S.-Mexico border is pretty narrow these days — basically, drugs and illegal immigrants.

Of course, there’s more than that if you live there. There’s the area’s tasty food — Baja California fish tacos, Tex-Mex fajitas and the newest cross-border concoction: The Sonoran Hot Dog.

Finally, a burger with a taste of place

Some 12 million people visit the Grand Canyon every year, but any “foodies” among them tend to be disappointed when they arrive at the rim.

Where in all this luscious landscape, they ask, is anyone serving food that tastes of this place? Why do so few restaurants in Arizona’s canyon country feature the range-fed beef or lamb, vegetables, fruits or other seasonal fare produced by local farmers and ranchers? Except at the ...

A Talk with Gary Paul Nabhan at ASU English

A talk with Gary Paul Nabhan, Arab-American writer and food and farming advocate. Nabhan spoke at a fundraising event to support opportunities for undergraduate English majors at Arizona State University. “Seeding the Future” is sponsored by ASU’s Department of English in the College of Liberal Arts and Sciences, to benefit students majoring in English by funding opportunities for research, presentations, and travel during their undergraduate experience at ASU. Nabhan is the author of “Where Our Food Comes From,” “Renewing America’s ... 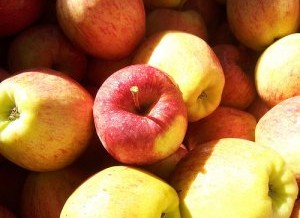 Perhaps it was hard at first to know whether the “antique” in the phrase, “antique apple experts,” referred to the apples or to the experts. But when the Hall of Famers of the Heirloom Apple Kingdom gathered on March 19th at the University of Wisconsin Arboretum outside of Madison, it was clear that the so-called “old-timers” invited had much to say about the current status of and future prospects for old-timey apples. Between them, they had more than 350 years ...

Where Our Food Comes From: Retracing Nikolay Vavilov’s Quest To End Famine

Few people give thought to where the tomato, apple or walnuts in their salad came from. Or what grains gave rise to the wheat in their bread or barley in their beer. University of Arizona ethnobotanist Nabhan was intensely curious about these questions—and about the exploits of the man he credits with first traveling the world to find the genetic birthplace of the foods we depend upon.

The 13 Most Dynamic Minds in Food Politics You Should Know

If you’re reading this blog, you probably know that everything you put in your mouth has an impact on the environment. Because our global system is interconnected, your food choices also affect farmers and eaters across the globe. Eating is not just an individual act; it’s also a political act.

Here’s a who’s who of smart people in food politics and policy, along with some of their must-read books. One of ...

Responding to Famine in the Horn of Africa: Learn from Past Mistakes

In mid-September, John Holmes of United Nations announced that the mounting famine in Ethiopia and other countries in the Horn of Africa may dwarf the severity of similar famines in the 1980s and 1990s. While humanitarian concern and speedy on-ground action are surely justified, we must ask why this famine is being predicted to be more devastating than others in the past, ...

Apples of Our Eyes, Nose and Mouths 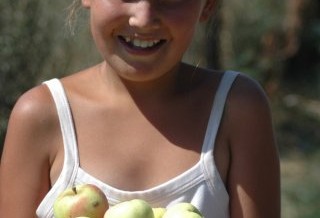 When the leaves of New England begin to glow with crimsons, purples and golds, many of us remember that it’s time for crimson, purple and gold apples to be picked, packed, sequestered in storage sheds, or processed into cider, butter, sauces or pies.

Apples exemplify that taste of the fall for many of us, but just what kind of apples we taste depends upon just where exactly we live, and how well we know our neighboring orchard-keepers.

Some eight hundred kinds of ...

Watch Gary Paul Nabhan, author of Where Our Food Comes From: Retracing Nikolay Vavilov’s Quest to End Famine, at the recent Slow Food Nation celebration in San Francisco. Along with other panelists, Nabhan talked about the challenges re-localizing food, and the social and environmental impacts of a local and global approach to food.

Of Moulds and Men

Biodiversity is not just “out there” – in the rainforests, oceans and wetlands – it is here, on our plates.

I DID NOT know it by such lofty terms as food biodiversity back them, but as a child in a household of Lebanese immigrants to America, I viscerally knew that we had items in our backyard, cupboard, pantry and refrigerator that our neighbours did not. The yoghurt or lebna made by ...

Saving Endangered Species One Mouthful at a Time 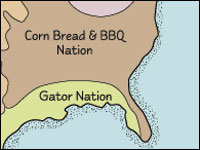 NPR talked to Gary about his new book, Renewing America’s Food Traditions: Saving and Savoring the Continent’s Most Endangered Foods. You can read the entire article, by going to this page.

You could feel that spring had come to the Berkshires after a long and gray winter. Wherever we went around Great Barrington, farmers and gardeners were hoeing the ground, planting seeds, adjusting water lines, patching up chicken coops, or moving livestock between pastures. By noon on Saturday, many of us congregated at the Route 7 Grill near Great Barrington, to sample and discuss the foods and brews unique to the Berkshires, and ponder what they meant to our society as ... 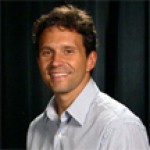 Doug Fabrizio interviewed Gary Nabhan in Salt Lake City, Utah, in February; and KUER was kind enough to send us a copy of the program.