Sometimes, science and faith can come together in astonishing ways to help us make sense of the parables Jesus told to farmers and fishers.

One of these parables begins with an attempt by bureaucrats running the Capernaum fish market to extort a two drachma temple tax from Jesus for preaching in the streets. Simon Peter, a fisher, was put off by that command, but wishing to avoid confrontation, replied “Of course he will.”

When he told Jesus that they had a come up with coins to appease the bureaucrats, Jesus presented Simon with an odd solutions to the problem: “Go down to the sea, cast out your line or your net, and wait until the fish rise. Then haul them in. Take the very first fish you catch, open its mouth, and inside a cavity there, you will find a four-drachma coin. Take it to the tax collectors, and please use it to pay the tax for both of us.”

At first, this made no sense to Simon. Seek out a fish to pay the tax for them? But then he remembered that Galilee fishermen often found pebbles, small bells, clay balls or coins in the buccal cavities of a kind of tilapia that biologists call a “mouth brooder,” for after giving birth to small fry the mother sucks them up into her mouth.

She then scoops up a few objects to place in front of them so that predators cannot eat them. Simon and the other disciples went fishing, caught some tilapia, and sure enough, found a four-drachma coin to offer the astonished bureaucrats.

Jesus taught his disciples to think of non-confrontational strategies to deal with the oppression exerted upon them by power-mongers. Jesus responded to attempted extortion with a higher level of consciousness, using “a gift of nature from the Creator” to satisfy the petty demands of the temple tax collector.

He stepped outside the box rather then getting caught inside their trap of economic control. In fact, the awareness of coins hidden in mouth-brooding tilapia was part of the traditional ecological knowledge of Galilean fishers, which Jesus encouraged them to employ to peaceably resist the Roman Empire.

Jesus had an astonishing capacity to remind all of us of the presence of hidden treasures in the natural world—gifts already in our midst but often ignored or dismissed by us.

The “miracle” in this parable is not that they found a much-needed coin inside a fish. The miracle is about breaking out of our blinders to see grace wherever we go, grace that can help overcome any challenges placed before us.

Beginning on Ash Wednesday this week, I’ll be posting daily for all of Lent commentaries on the parables told to… 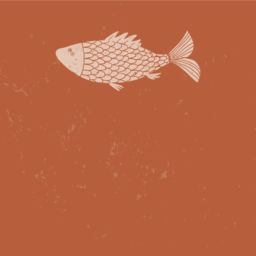