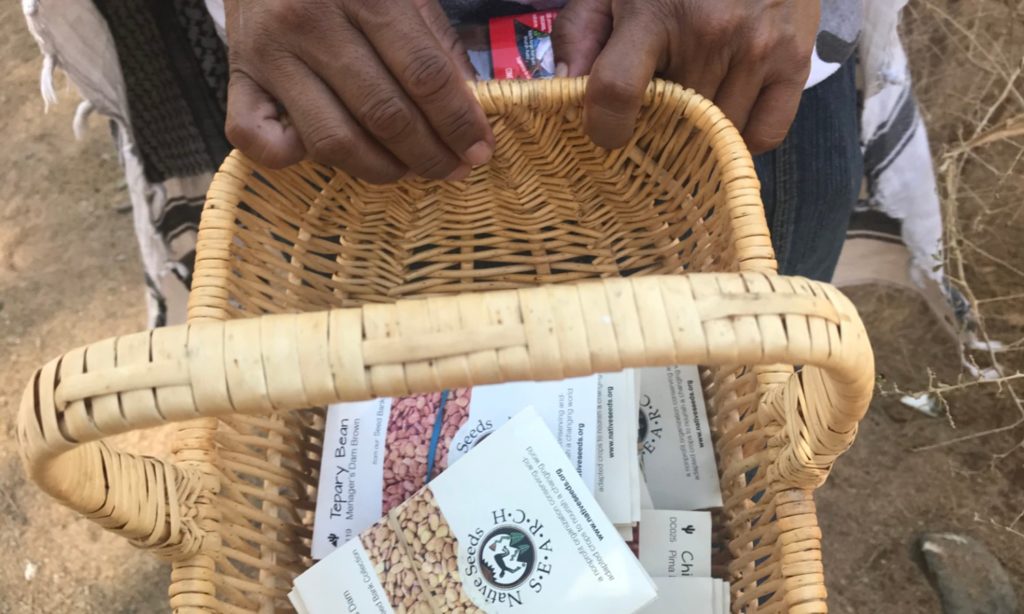 When the COVID-19 pandemic began to reshape the world, many people turned to gardening and orchard-keeping as a pastime that felt both private and public. Now, as the pandemic reaches deeper into the summer, we’re tending the soil out of hope and anxiety, out of a desire for health, and for more control over a seemingly unstable food supply.

Since the beginning of March, seed sales from online catalogs have increased three- to five-fold, while nurseries and garden store outlets quickly ran out of stock. And paradoxically, COVID-19 has also made operations significantly more difficult for diverse seed-saving institutions, such as Seed Savers Exchange and Native Seeds/SEARCH, both of which closed temporarily to reconfigure in order to meet the increased demand. And while the pandemic’s danger for all agricultural and food workers is painfully evident, COVID-19 is particularly threatening to the many workers in the seed supply chain.

The COVID-19 pandemic presages a next few years marked by limited access, rising prices, and threats to seed diversity and sovereignty. With every passing day without further action, community seed access—and therefore food security and even national security—is being placed at increasing risk.

The roots of many seed companies’ issues during the pandemic lie in their physical configuration. Typically, small- to mid-size operations employ three to seven people in an assembly line: Sitting side by side, they’ll locate the desired seeds, package them up, and ready them for shipping. This process sometimes takes place under the same roof as seed-cleaning equipment, which periodically fills the air with dust, pollen, and chaff.

Now, to comport with the social distancing requirements of a respiratory virus pandemic, employees have to partition the work by isolating themselves in space or time. This means fewer people can work on fulfillment together—and speeding up the process could jeopardize workers’ lives. The people who work in these seed fulfillment facilities will never be seen by most gardeners who benefit from their work. But they are unequivocally essential workers for our food security, and we must treat them as such.

This restructuring of the seed supply chain in March and April—coupled with the spike in demand—generated a several-week delay for buyers to receive the seeds they ordered. It wreaked havoc on gardeners and farmers trying to get their seeds in the ground under optimal weather conditions. And this change will likely have an even greater effect on future growing seasons, should seed supply continue to lag far behind demand.

In response to these challenges, some companies have chosen to exclusively sell highly valued seeds in bulk quantities to commercial farmers. For a swamped seed house, processing one large order is quicker—and therefore, safer—than dozens of smaller ones. Opting to help farmers before gardeners may be likened to giving masks first to nurses; the argument could be made that the stakes for community food security are higher if farms aren’t able to grow the crops they need.

However, fewer farmers save their own seed stock from year to year than they once did. On the other hand, gardeners have a higher probability of saving the progeny of the seeds they purchase for future plantings. A pivot toward bulk farm sales may ultimately affect the diversity and spatial heterogeneity of food crops being grown in any given locale.

Why? A region’s seed supply could be skewed further toward more economically powerful customers who lack the incentive or ability to save and regrow their seeds—people who use seeds more as a commodity in the food economy. Geographic consolidation also leaves seed diversity more vulnerable to catastrophes like climate disasters, pest plagues, or disease outbreaks. In terms of genetic resource conservation, it’s risky to have all your eggs in one basket.

Worse yet, in order to fill these larger commercial orders, many seed houses have been forced to dip more into their foundation seed, the supplies they keep in cold storage to assure they have sufficient seed quantities to recover from catastrophic weather or prepare for future years. Some seed companies have conceded that it will take them until 2023 or 2024 to regenerate the seed stocks they have sold in the past four months. This means we can likely expect seed prices to rise—further limiting access to a broad diversity of crops.

As the COVID-induced spikes and dips in the seed supply now converge with existing longer-term factors, we are being pushed toward a crisis point for America’s seed security.

Increasingly, large and mid-sized commercial seed companies are outsourcing portions of the seed supply chain overseas. Rather than growing their own stocks on diverse plots across the United States, companies are relying on a complex and opaque global network of farmers and middlemen. Unbeknownst to many gardeners, their heirloom or place-based seeds—so called because they’re part of the American geographic heritage—may have come from contract growers overseas who initially sourced seeds from the U.S. but are now exporting them back to us. This obfuscation puts us at higher risk for being blindsided by the devastation that can ripple across the world as a result of a single farm failing to control a seed-borne virus.

In fact, in the worst possible coincidence of timing, several globalized seed sources are now being contaminated by crop viruses, (ones completely unrelated to COVID-19). Seed imports for solanaceous crops like tomatoes and bell peppers that are vulnerable to Tomato Brown Rugose Fruit Virus (ToBRFV) are being restricted by the USDA due to recent outbreaks in farmers’ fields in the Netherlands, Spain, France, Greece, and elsewhere.

The middle ground between global corporate producers and individual seed savers needs to be strengthened by supporting place-based seed operations, whether non-profit or commercial. There remains far too much redundancy in the offerings of large seed vendors. Fortunately, since the mid-1980s, the seed diversity grown and offered by small, regional companies on American soil has increased by four to five times. Still, seed companies in all eco-regions and plant hardiness zones should not only be growing more of their own seeds, but also a greater diversity adapted to their changing climatic conditions.

And while it remains imperative to safeguard seed banks from climate catastrophes, supply shocks, and warfare, seed banks’ backup stocks should be better linked with free seed libraries that democratize seed diversity. In southern Arizona, thanks to the Pima County Public Library System, there are now over 25 free seed libraries that work out of library branches and food banks to distribute desert-adapted seeds to thousands of families of all races, ethnicities and income levels. Amazingly, about half of those who check out seed from these libraries return part of the harvest after the growing season, which is enough to replenish the library for growers the next season.

COVID-19 is not the first global shock on seed supply chains in recent memory—the seed scarcity and rising prices during the 1979 oil crisis, Y2K, and the 2008 recession come to mind—and it will not be the last. As the Healing the Border project distributed hundreds of seed packets from Native Seeds/SEARCH to Indigenous Seri and Hia C-eḍ O’odham communities isolated near the U.S.-Mexico border by government lockdowns, we realized planting new gardens is one way for communities to restore their sense of hope following the pandemic.

As the world slowly rebuilds and recovers, we all have a fresh opportunity to regenerate and share a greater diversity of seeds—and to honor and return benefits to traditional seed keepers from many cultures. We would be remiss not to sow true, place-based seed sovereignty in every region and among every culture on this planet, well before a future crisis could uproot us again.

Gary Paul Nabhan is an internationally celebrated nature writer, food and farming activist, and proponent of conserving the links between biodiversity and cultural diversity. He is an agricultural ecologist and serves as the Kellogg Endowed Chair in Southwestern Borderlands Food and Water Security, in the Southwest Center at the University of Arizona. Nabhan is also the co-founder of Native Seeds/SEARCH, an organization dedicated to conserving seed diversity. He is also personally engaged as an orchard-keeper, wild foods forager and pollinator habitat restorationist working from his small farm in Patagonia, Arizona, near the Mexican border.

Jared Kaufman is Food Tank’s research and writing fellow and a Boston-based journalist and foodways researcher. You can get his daily food newsletter, Nosh Box, here.