“We who live near the border are blessed the Hia c-ed O’odham and Tohono O’odham have never abrogated or surrendered their rights to practice their spiritual traditions at sacred sites in the Sonoran Desert on or near the international boundary that cut their homeland in half. We pray that the groundwater pumping to build the border wall will not further dry up the freshwater springs and sacred and medicinal plants that O’odham elders speak of in this new radio program produced by Emma Gibson of Arizona Public Media.

We also pray that a large interfaith coalition forms to support them in exercising their Constituitionally-guaranteed right to practice their place-based rituals and have access to sacred plants and spring water essential to those practices. If you wish to be part of an interfaith letter demanding that Homeland Security and the Army Corps of Engineers suspend any actions that could further disrupt these cultural/spiritual traditions, please email me or contact me by other means.” 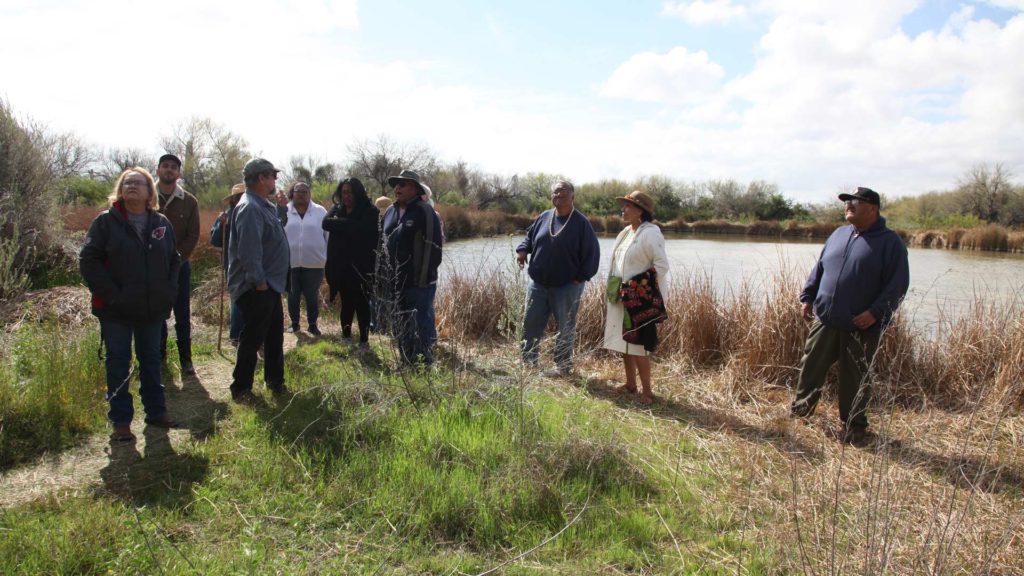 “Made me upset when I came through and saw how the water looks , because it wasn’t too long ago when we were here and it looked nice,” Vazquez said. “But now it’s just getting lower and lower, and I’m sure that they’re gonna come back and tap into it again until it’s dry.”

Besides being a member of the Tohono O’odham Nation, Vazquez is Hia C-ed O’odham, an Indigenous tribe unrecognized by the state of Arizona or the federal government.

The Hia C-ed O’odham have a long-standing history at this rare water source in the Sonoran Desert, not only as way station for travelers, but as a permanent settlement with caretakers.

“With all the different sites that they occupied, where there was water, they always left somebody there to take care of it. For Quitobaquito they left the Orosco family here,” said Lorraine Marquez Eiler, Vazquez’s cousin.

When President Franklin Roosevelt created Organ Pipe Cactus National Monument in 1937, Quitobaquito Springs wasn’t a part of the monument. It wasn’t until 1957 that Jim Orosco sold the land to the National Park Service. Four years later, NPS removed the buildings in the area and created parking lots and paths for visitors.

“It was a very, very lush place,” Marquez Eiler said about the springs before NPS owned it. “I think that when they moved the people off, and bulldozed the whole area — knocked everything down, trying to erase human habitation here — they almost killed this place.”

Though the area is stressed right now, the women said it still has a ceremonial and medicinal place in O’odham culture.

Vazquez grew up at Darby Well, outside of Ajo, Arizona. When pharmaceutical medications weren’t readily available, she said she remembers how medicine men depended on the plants around the spring.

“A lot of the plants that we have here now they’re drying up, because of the lack of the water. We used to rely on the medication,” Vazquez said. “They knew what was good for healing purpose. They would come out here and get it and dry it, and then we would use it, whenever we had serious injuries.” 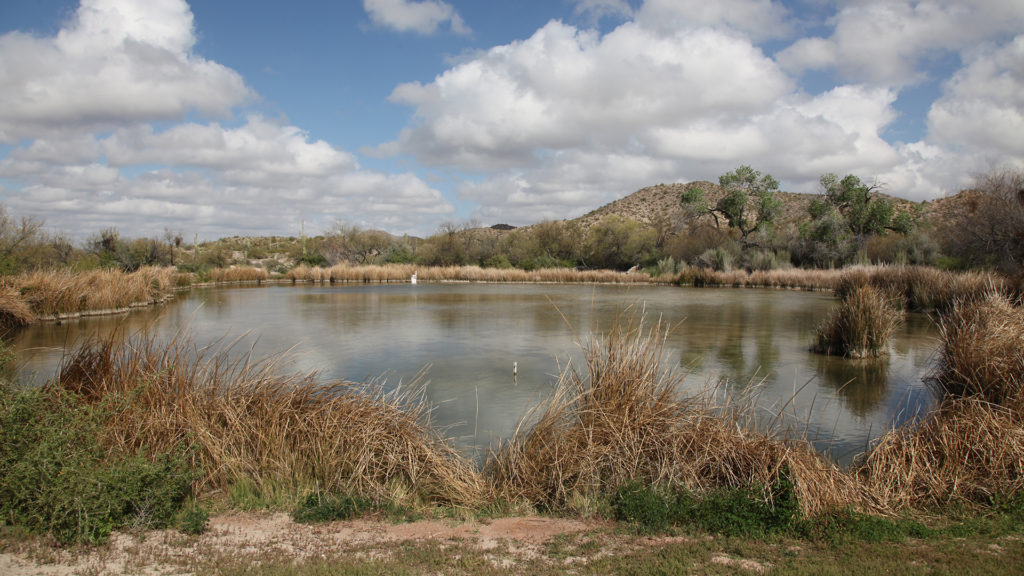 Tohono O’odham Nation Chairman Ned Norris Jr. has repeatedly said the U.S. government has not adequately consulted the Nation about border wall construction on ancestral O’odham lands, some of which have burial grounds.

In recent weeks the Department of Homeland Security has conducted controlled detonations or wall construction near Quitobaquito on Monument Hill, a place U.S. Rep. Raúl Grijalva, D-Ariz., said he was told is an Apache cemetery.

“The federal government’s continued destruction of our religious and cultural resources and is nothing less than bulldozing our church grounds and our cemeteries,” said Norris during a House subcommittee hearing for Indigenous Peoples of the United States in February. “For us this is no different from DHS building a 30-foot wall along Arlington Cemetery or to the grounds of the National Cathedral.”

U.S. Customs and Border Protection said it is consulting with the Nation and found no evidence of human remains at Monument Hill.

Gary Nabhan, with the Southwest Center at the University of Arizona, helped organize the listening session. He and other organizers said they hope this listening session and others to be planned will bolster efforts to stop the destruction of sacred Indigenous sites.

“I think it’s really important those spiritual practices for All Souls Day, or whatever, to say: ‘No, that’s still going on. This is living,'” Nabhan said after Marquez Eiler and Vazquez said they tidy up all of the O’odham cemeteries, including the one near Quitobaquito, before the holiday. “I think it’s really important to reaffirm that those things are happening here. That you guys haven’t abandoned it.”

This article was originally posted at the Arizona Public Media