Trump’s border wall threatens habitats in Arizona’s Sonoran Desert. What happened when the area was bulldozed in the 1950s?

Established as a National Monument under the authority of the National Parks Service in 1937, Organ Pipe is made up of 517 square miles of Sonoran Desert habitats, including most of the Quitobaquito Springs wetlands. (About a fifth of the wetlands are on the Mexican side of the border.) In 1976, UNESCO declared the area a Biosphere Reserve.

Springs in desert regions are sources of vitality for both humans and biodiversity. Consequently, Quitobaquito has a millennia-long record of diverse human history that complements its natural history.

In attempting to make the landscape “pristine,” the NPS not only devastated Quitobaquito’s biodiversity, it also “culturally cleansed” the area.

There is no way of separating the cultural and the natural in a place like this, argues ethnobotanist and agrarian activist Gary Paul Nabhan. When the NPS took over, Quitobaquito was a desert oasis for the O’odham people, who occupied a village there. In 1957, the last of the inhabitants were bought out and their settlement razed. Some of the wetlands were also bulldozed to create a “Midwestern-style fishing pond.” The importance of wetlands as habitats was not then understood. But as Nabhan writes, “One expressed goal of National Park Service resource managers at the regional office and in the monument was to make the area look more like a ‘bird sanctuary’ instead of attempting to maintain one of the oldest continuously inhabited sites in the North American deserts.”

The Quitovac oasis, similar to Quitobaquito but located about 50 miles away in Mexico, still supports a traditional O’odham village, the inhabitants of which maintain a “de-facto wildlife refuge.” Quitobaquito’s biodiversity is much reduced in comparison.

In attempting to make the landscape “pristine,” Nabhan writes, the NPS not only devastated Quitobaquito’s biodiversity, it also “culturally cleansed” the area.

NPS internal records from the 1930s and 1940s show that the organization was infused with racist attitudes about the O’odham, who were in the region long before international borders were driven through the landscape. The displacement of indigenous peoples from the land and the erasure of their cultures were both part of the idea of an unpeopled “wilderness.” This idea played a significant role in the history of the National Park System. 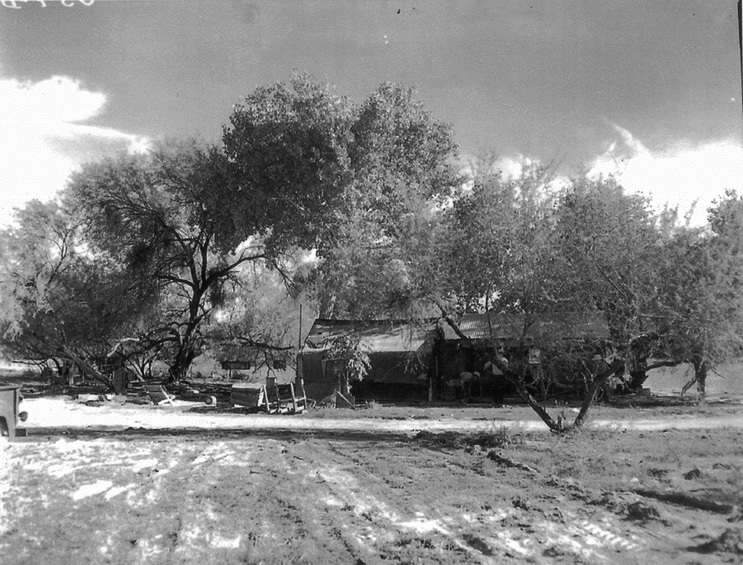 But it’s not true. Nabhan argues that the biodiversity of the Sonoran wetlands, which include endemic species found nowhere else in the world, was actually shaped by human presence. Before the NPS bulldozers, Quitobaquito had “been constructed and managed as an indigenous cultural landscape for centuries.

”The work of Nabhan and others suggests that the “restoration and preservation attempts” of the NPS have been misguided. Nabhan quotes the authors of a botanic survey who say the NPS “probably brought about the greatest loss of biological and cultural diversity at Quitobaquito.

”Much has changed in the NPS since the late 1950s, mirroring larger social transformations. As Nabhan writes, “NPS policy now endorses a more integrated approach to the management and ecological restoration of cultural and natural resources.”

This is perhaps a moot point in the current political climate. A recent NPS report warned that many historic sites at Organ Pipe Cactus National Monument would be damaged by border wall construction. The report was not meant for public release.

I am writing to ask that you rescind all Department of Defense and Treasury fundsfor building more of the border wall.My name is Gary Paul Nabhan and I am an Ecumenical Franciscan Brother whohas lived and worked on the U.S./Mexico border as a seasonal park ranger, farmer,conservational biologist and facilitator of interfaith and intertribal gatherings since 1978.