The survival of eight endangered and threatened species, including four kinds of endemic fish, is in doubt in Arizona, as massive quantities of groundwater are extracted to construct Donald Trump’s border wall.

The 30ft-high barrier is under construction on the edge of the San Bernardino national wildlife refuge in south-eastern Arizona, where rare desert springs and crystalline streams provide the only US habitat for the endangered freshwater Río Yaqui fish.

The region’s water reserves are already depleted due to prolonged drought and record high temperatures linked to the climate crisis. The expansion of water-intensive crops such as alfalfa and pecan farms is also draining aquifers in the arid region.

Now, experts fear that construction of this 20-mile stretch of Trump’s wall, which began in October, has reduced spring flow and groundwater levels in San Bernardino which provide scarce habitat for the Yaqui topminnow, chub, beautiful shiner and the most vulnerable, the Yaqui catfish.

“There’s good reason to believe that the Yaqui fish’s only US habitat is drying up as a result of tens or hundreds of thousands of gallons of groundwater being pumped to build the border wall,” said Laiken Jordahl, a borderlands campaigner with the Center for Biological Diversity who recently visited the area.

In September, the Trump administration pledged to erect 450 to 500 miles of the wall by the end of 2020, an ambitious undertaking to be partially funded by $6bn previously earmarked for defense and counter-drug programmes.

Construction in Arizona and New Mexico is under way, despite multiple ongoing lawsuits challenging the constitutional basis of Trump’s executive orders which diverted billions of defense dollars to the wall by declaring a national emergency in February. 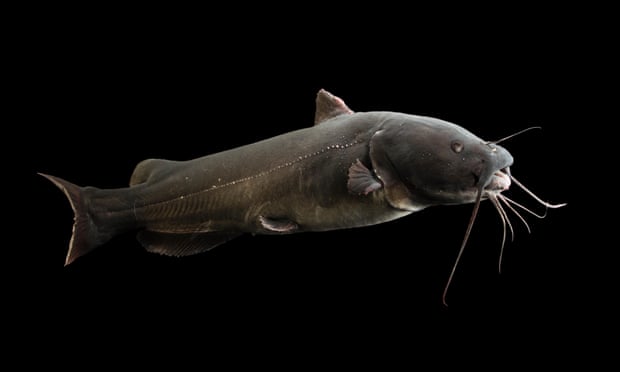 Despite the potential for far-reaching long-term consequences, details about the plans are sparse since the government suspended 28 federal laws mandating protections and oversight, relating to clean air and water, endangered species, public lands and the rights of Native Americans, in order to expedite construction.

The waiver includes the 1969 National Environmental Policy Act (Nepa), considered the cornerstone of environmental protection in the US, the Endangered Species Act, National Fish and Wildlife Act and Migratory Bird Conservation Act. These laws require robust scientific, environmental and costs analysis before projects can be sanctioned.

“With his wall obsession, President Trump has created an environmental crisis at the border,” said the Arizona congressman Raúl Grijalva. “Through environmental waivers and stolen funds, he’s building a wall that will deplete precious water resources, desecrate sacred sites and destroy the environmental treasures and biodiversity that make the borderlands unique.”

Jordahl added: “The wall could not be built without the waiver. Nepa requires the government to choose the least invasive, best option for taxpayers … surveillance cameras could be installed every hundred metres at a fraction of the economic and environmental cost. This wall is an unjustifiable project.”

More than 100 miles of the new border wall have been slated for Arizona, costing roughly $14m a mile, according to the US army corps of engineers. Thirty-seven federally listed endangered and threatened species live around the Arizona-Mexico border. 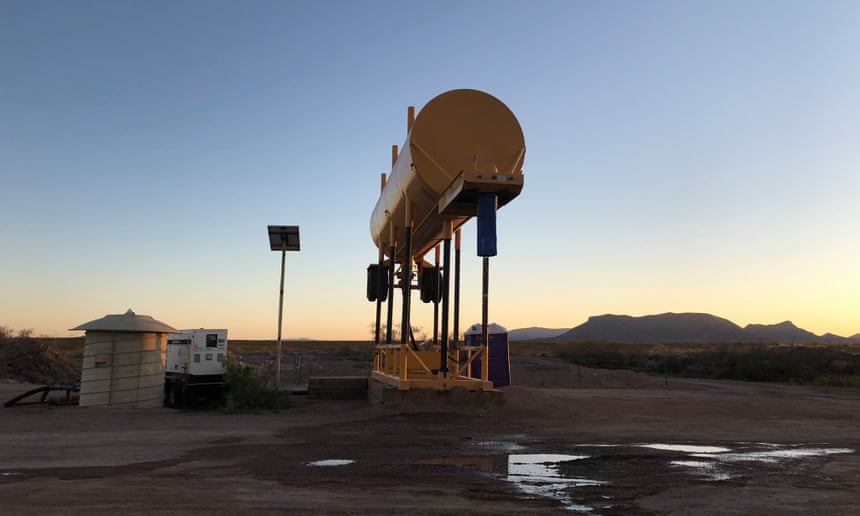 The Arizona stretch will need at least 50 million gallons of water, according to Gary Nabhan, an agricultural ecologist at the University of Arizona in Tucson investigating food and water security on the borderlands. (US Customs and Border Protection (CBP) said it was still working with the army corps of engineers to estimate the volume of water required for construction and dust suppression.)

Work is progressing rapidly in the Tucson sector – which includes the 20-mile San Bernardino stretch. A nearby well has been tapped to extract groundwater which is used to make concrete bases to hold the towering steel slats, and for dust control. Crews have razed a large section of privately owned land near the refuge for the staging area and concrete batching plant. There are currently eight wells being used in the Tucson sector for three sections, according to the CBP.

In addition to the Yaqui fish, water depletion also threatens federally protected Chiricahua leopard frogs, Huachuca water umbel, Mexican garter snakes and Aplomado falcon, as well as the San Bernardino springsnails which are confined to a couple of fragile springs. 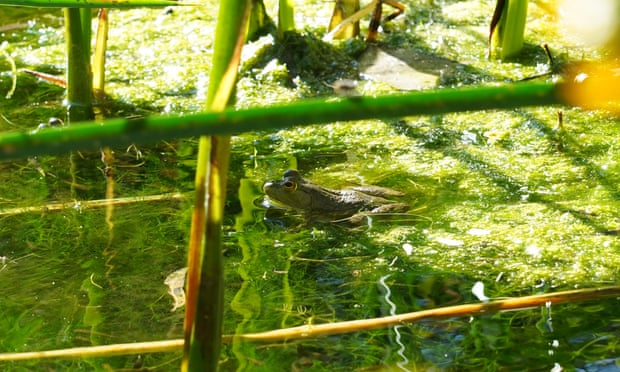 The impenetrable bollard wall also encroaches into a crucial migratory corridor where “Sombra”, one of just three known surviving jaguars in the region, most likely crossed into the US from Mexico. In Arizona, 13 state laws have been suspended in addition to the 28 federal statutes.

“It’s painful to see how much flora and fauna has already been destroyed in our beautiful desert,” said Regina Romero, the newly elected mayor of Tucson.

“Throwing billions of dollars into building a wall will not make our borders more secure, but will cause destructive flooding and irreparable damage to migration patterns for many wildlife species only found in the Sonoran desert.”

In December, the city council voted to join environmental organizations including the Center for Biological Diversity in a lawsuit challenging the constitutionality of the waiver as an amicus brief. (The plaintiffs are appealing the case to the supreme court.) 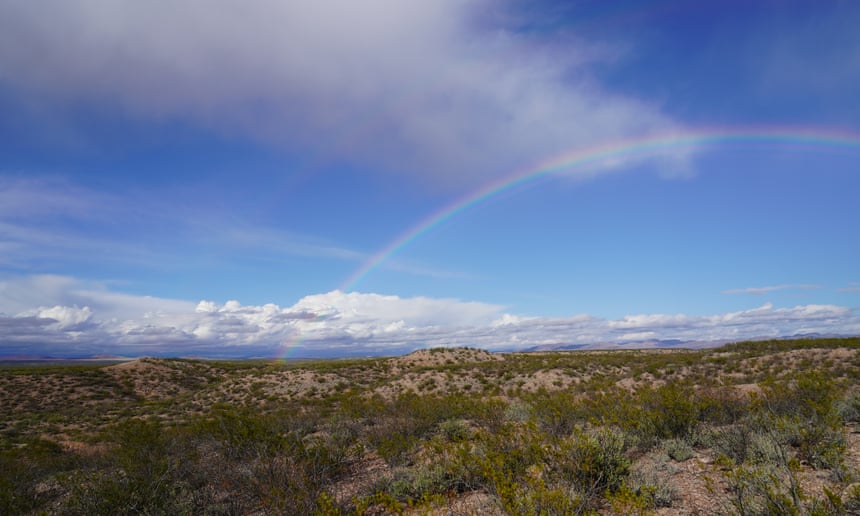 “CBP remain committed to responsible environmental stewardship and meeting the intent of these [suspended] laws to the greatest extent possible while allowing the Government to meet its requirements to secure the southern border,” a spokesman said in a statement.

In total, 93 federally listed endangered and threatened species live close to the 2,000-mile southern border, which is North America’s most arid region. The native wildlife and fauna, as well as migratory birds and butterflies rely on the dwindling wetlands, streams and rivers for survival.

“It’s the kind of wall – concrete footers, absurdly high, with 24/7 lighting – that Trump has chosen to build which will cause most disruption to humans, wildlife and vegetation, and the effects will be seen across the continent,” said ecologist Nabhan.

“Pumping the groundwater will increase the vulnerability of endangered and threatened species and undo 30 years of work costing tens of millions of dollars by governments and conservation groups to protect water habitats.”

Ethnobotanist Gary Paul Nabhan on embracing the ‘wisdom of the desert’

Ethnobotanist Gary Paul Nabhan has been called the “father of the local food movement.” For decades, he’s campaigned for seed…