Most of us have heard the devastating reports of how the new construction of a thirty-foot wall and floodlights along our southern border has begun to impact water flows, wildlife and archaeological resources long-protected by federal laws. The federal protection of endangered species, critical habitat and cultural antiquities has been waived along a three-hundred foot swath along the U.S./Mexico border. Eminent domain under the auspices of homeland security has allowed U.S. Customs and Border Patrol and Army Corps of Engineers to condemn lands and sidestep long-standing laws that by former presidents from both political parties signed without much debate or rancor.

Most of the legal efforts to gain injunctions to stop wall construction undertaken by the ACLU, tribes and environmental groups have been vacated or kicked up to higher courts. But what has not been challenged to date is Homeland Security’s right to impair or ignore religious freedoms guaranteed by the U.S. Constitution.

As documented in a 220-page National Park Service report covered by the Washington Post and New York Times, archaeological sites – including Native American sacred sites, burial and ceremonial grounds – have already been impacted by wall construction in national parks and wildlife refuges along the border.

And yet, some of these same sites have been – and still continue to be visited, used and stewarded by Native American communities who live within 50 miles of these parks and refuges along the border. They are part of living, continuing spiritual traditions – not by-gone remnants – that have been practiced in the desert borderlands for upwards of 4000 years.

What has also escaped the notice of most journalists is that several sites imperiled by wall construction and well-drilling along the border have also been utilized by Christian communities of Native, Hispanic- and Anglo-American practitioners for centuries. 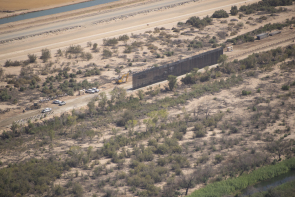 Perhaps the first-recorded Palm Sunday mass recorded in present-day Arizona took place at Quitobaquito Springs – then known as A’al Wappia in the O’odham or Piman language – in 1698 or 1699. It was presided over by the Jesuit priest and explorer Padre Eusebio Francisco Kino. Now part of Organpipe Cactus National Monument, this ancient springs and agricultural settlement was frequented by Roman Catholic practitioners for rituals related to the Day of the Dead and the Holy Sacrament of Baptism at least through the 1980’s.

Some of the long-standing participants of these rituals remain alive and well in communities on both sides of the border, but fear retribution from CBP if they visit the site while construction is in process. Individuals from their communities who were simply taking photographs of the destruction of sacred plants and cultural resources at this site have already been threatened by construction workers and on social media.

Elsewhere along the U.S./Mexico border, the white adobe chapel of La Lomita built in Mission Texas in 1899 is now threatened by wall construction, as are several cemeteries in San Juan and Pharr, Texas. These cemeteries have served Mexican- and African-American families for decades. However, the families and their lawyers have been told by Homeland Security department officials that all laws which protected sacred sites along the border have been waived because of a “natural security emergency.”

Similarly, since 2008, bi-national gatherings of La Iglesia Fronteriza or Border Church have been organized by Methodist Pastor John Fanestil along the border wall in Friendship State Park, south of San Diego. But recently, gatherings involving deportees and refugees in attendance have been heavily monitored and at times disrupted by Customs and Border Protection Officials. 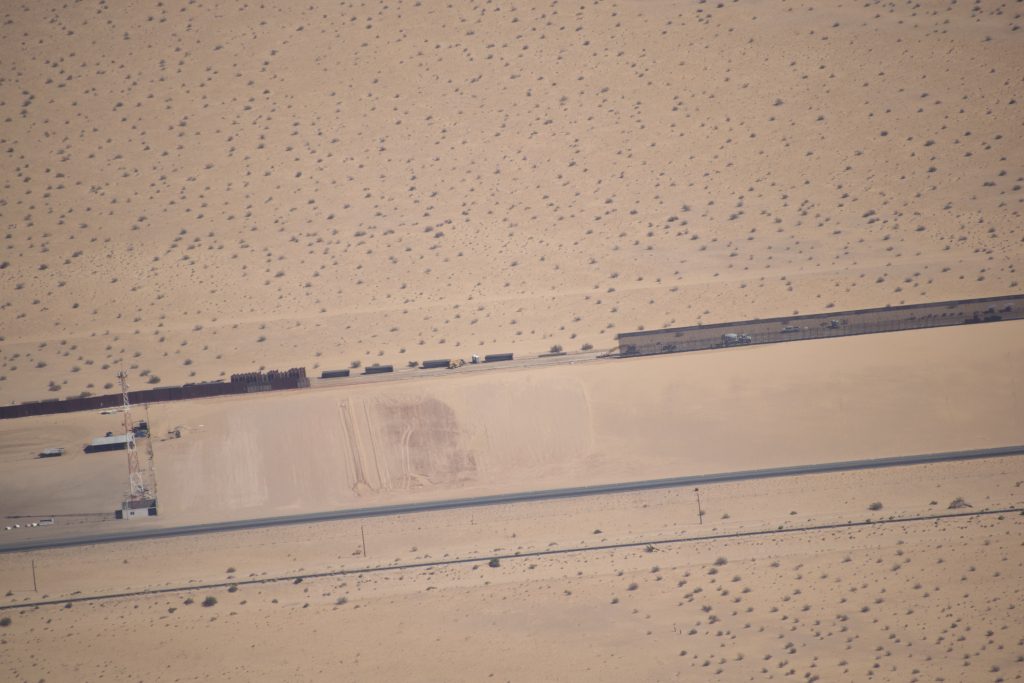 While no one can pass from one side of the border to the other at Friendship Park, parishioners are allowed to touch their “pinkies” through the wall to have contact with relatives on the other side – those who have been deported or denied access to visiting their families on U.S. soil.

These disruptions of religious traditions and harassment of spiritual practitioners appear to be in violation of Constitutional mandates intended to assure that citizens and refugees can practice their faith with a full guarantee of religious freedom.

We urge Native American, Christian and other faith communities to unite in solidarity in response to this crisis, and to meet with Homeland Security and other federal officials to find alternative solutions to further violations of the religious freedoms of the peoples of many faiths, creeds, cultures and races who live upon the border.

We urge you to write the Environmental Branch Chief, Border Patrol Facilities and Tactical Infrastructure Program Management Office, 1300 Pennsylvania Avenue, NW Washington, DC 20229, and the Commissioners of the U.S. Customs and Border Protection at the same address. May your prayers be with them to do the right thing, as well as with the refugees, deportees, and faith practitioners who wish to worship along the border.

Gary Paul Nabhan (Brother Coyote, OEF), is an agricultural ecologist, ethnobotanist and writer whose work has focused primarily on the desert Southwest. He is considered a pioneer in the local-food and heirloom seed-saving movements.

We must all take an oath, to do no harm to others.