A sweeping public lands bill signed into law by President Trump this week includes the designation of a Santa Cruz Valley National Heritage Area in Santa Cruz and Pima counties, bringing to fruition an effort begun well more than a decade ago to boost cultural preservation, economic development and tourism in the area.

U.S. Rep. Raul Grijalva (D-Tucson), who represents all of Santa Cruz and parts of Pima county, had sought legislative approval for the NHA designation since 2007. In a statement, he called it “a huge win for Americans,” adding: “I’m glad one of my first successes as chairman of the Natural Resources Committee celebrates the history, culture and traditions of Southern Arizona.”

The 3,300-square-mile Santa Cruz Valley National Heritage Area stretches from the watershed of the Santa Cruz River around Nogales and Patagonia, north to Tucson and Marana. The area’s official heritage status will allow its leaders to apply for matching federal funds for projects that help preserve its agricultural, cultural and historical identities. 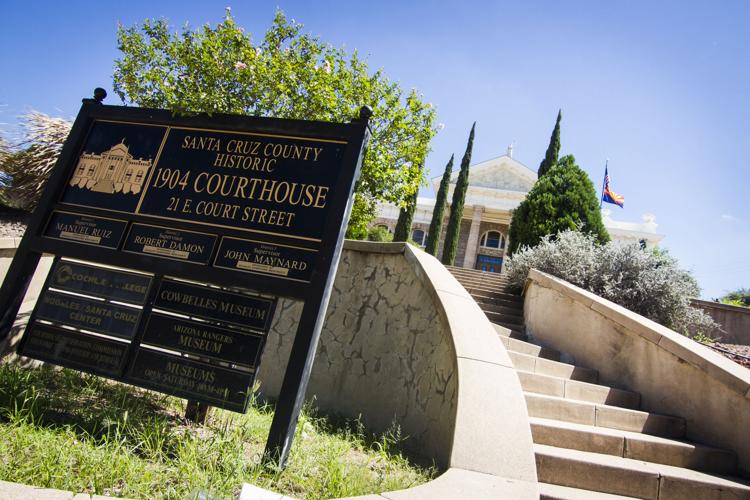 The restoration of the Historic 1904 Courthouse in Nogales has been cited in the past as the type of
project that could gain federal funding through a national heritage area designation.

Gary Nabhan of Patagonia, who served as a board member on the Santa Cruz Valley Heritage Alliance, a nonprofit that advocated for years for the formal NHA designation, said it can be used to drive cultural, culinary and eco tourism. He said heritage areas often involve a state-funded branding program that helps people and entities such as farmers, ranchers and community kitchens collectively promote the unique products of the area.

“I just think it’s a great thing that will bring not just money for a lot of collaborative marketing and educational and cultural events, but with all the negative stuff about border counties, I think this will flip it around and show something very positive about our area,” Nabhan said.

Nils Urman, the executive director of Nogales Community Development who joined the heritage alliance board in 2009 and served for a number of years after that, said he was “very happy” that the NHA had made it into law.

“I think it’s an opportunity to take the region, which is really Marana straight down to here at the border, and be able to highlight it at a national level for its uniqueness and diversity,” he said.

“Assuming that that’s where it stays – it’s about promoting the heritage of the region, it’s about highlighting the heritage of the region, which is the original intent of heritage areas – I think it’s good,” Urman said, noting that there had been pushback in the past from the Farm Bureau and ranchers who were worried that the designation would impede on private property rights.

National heritage areas are not national parks and do not affect land ownership, nor do they impose federal zoning rules or regulations on land use. The National Park Service calls them “large, lived-in landscapes.”

The NPS describes its role in the heritage area program as “a partner and advisor, leaving decision-making authority in the hands of local people and organizations.” Nabhan said Tumacacori National Historical Park will likely be designated the NPS liaison for funneling federal money into the Santa Cruz Valley NHA, while local government bodies, chambers of commerce and tourism organizations can also apply for state funds to promote the area.

The bill Trump signed into law on Tuesday was a package of more than 120 public lands bills that include the creation of five new national monuments, the expansion of several national parks and the permanent reauthorization of the Land and Water Conservation Fund, the Associated Press reported. It passed the House and Senate with large bipartisan majorities.

In a statement issued in response to the House and Senate approval, Grijalva said: “Thanks to tireless work from advocates and allies, the Santa Cruz Valley is on its way to becoming a National Heritage Area.”

Representatives from Santa Cruz and Pima counties began laying the groundwork to establish the NHA in early 2003, and the cause received widespread support from local governments, nonprofits, business leaders and citizens. An inventory of heritage-related assets in the proposed area was created during the early stages of the effort, and Urman said he expects the concept to be updated to include changes made since then. He noted the recently created Rio Rico Historical Society as an example of a relevant new addition.

“It’s an opportunity to go do a refresh right now,” he said.

Quoted in a June 2004 story in the Weekly Bulletin, Jonathan Mabry, project administrator for a working group promoting the Santa Cruz Valley NHA, said: “This will be the first NHA that celebrates Native American, Spanish and Mexican cultural connections between the U.S. and Mexico. Its designation will increase recognition of the things that make this region special, and also provide a significant economic boost to the region, without any restrictions of private property rights.”

Nabhan: Food and Farming Crisis Requires Both Science and Faith

Not since the mid-1980s has America faced a food and farm crisis of such epic proportions. In 2020, American farmers…