Whenever I have a desire to be outside during the summer months as temperatures in Metro Tucson Arizona rise above 105 F, I select certain shady places where old trees offer me a break from the heat. Some are where old olive trees from north Africa were planted more than a century ago by agroecologist Robert Forbes, the first Dean of Agriculture at the University of Arizona. They are large and spreading, offering enough fruit each year for students to press their own delicious olive oil.

Or I cross our now dry river—the Rio Santa Cruz—and sit in the shades of trees of quince, pomegranate and fig planted just seven years ago at Mission Gardens, ones which the first Spanish missionaries brought to the Sonoran Desert over three centuries ago. While global climate change and the urban heat island effect take their toll on the health of many humans as well as many annual crops, these resilient trees have stood the test of time. 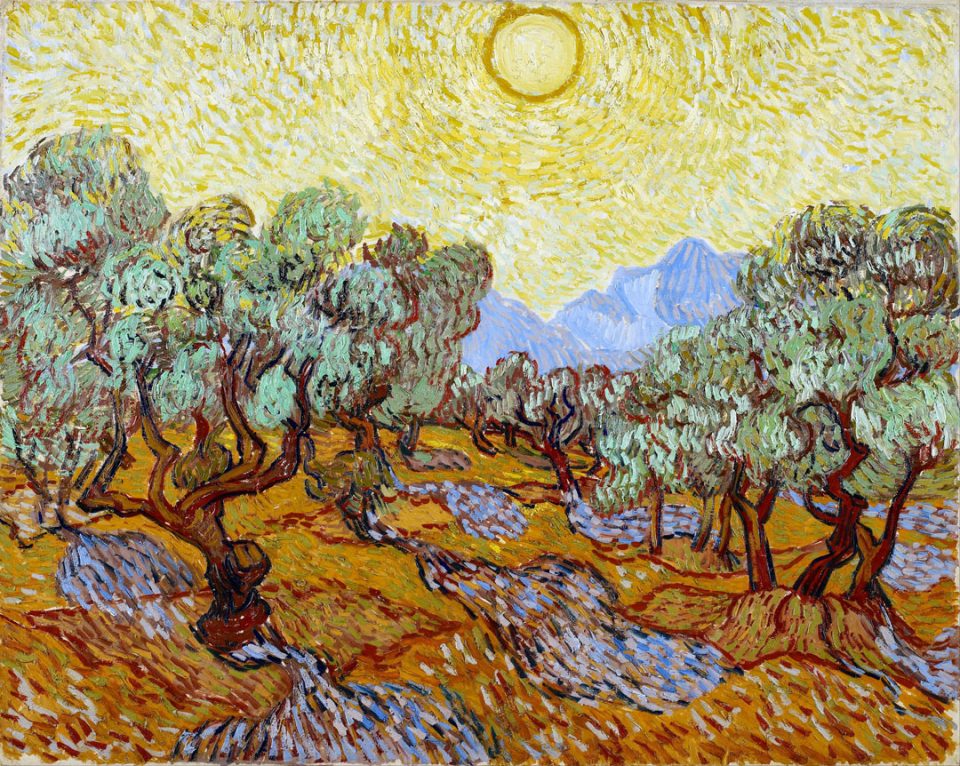 Heat and drought tolerant fruit trees have also stood the test of time in New Mexico, Baja California, the Canary Islands, Southern Spain, North Africa, the Middle East and Central Asia. Despite their ecological adaptations that may offer us resilience in a hotter, drier world, they are hardly ever mentioned in the same breath with words such as climate change, food security or community resilience.

That is unfortunate, for the consequences of global temperature changes are not the only dilemmas being faced by desert cities like Tucson, Arizona; Alburqueque, New Mexico; Musqat, Oman; Arrecife on the Canary Island of Lanzarote, Spain; and Turpan in the Xinjiang province of China. They have also been facing an exacerbation of urban heat island effects at least since the end of World War II. In fact, some of these metro areas now suffer nighttime temperatures 4-5 degrees F than nearby rural stations in the same landscape.

Rising temperatures can have serious impacts on human health, farmworker safety, plant transpiration rates, crop yields and water retention in reservoirs. And yet, a remarkable countertrend to urban heat islands has begun in several of these semi-arid and arid-landscapes. Desert cities on five continents are adapting to these challenges by using “harvested rainwater” to supply the irrigation needs of shade- and fruit-bearing trees. These efforts reduce the need to pump water from depleted aquifers, or to divert surface flows from imperiled rivers and lakes.

Ironically, in many of these landscapes, rainwater harvesting once provided the primary sources of moisture and nutrients for horticultural crops. The same indigenous floodwater fields functioned for centuries if not millennia, before being abandoned only when ready access to cheap fossil fuels for pumping groundwater emerged a century ago.

Today, however, a revival of rainwater harvesting is occurring around the world, as desert communities restore traditional systems known as rain gardens, ak-chin agriculture, floodwater farming, gavias, karez, qanats and fogarras. They are also adding innovative water-conserving technologies to their toolkits in order to reduce inputs while increasing the yield stability and resilience of these agro-habitats.

In the Canary Islands, hundreds of thousands of hectares of “gavias”—including check dams and microcatchments– slow the surface flow of runoff draining down from the volcanic slopes of calderas and craters on the isles of Lanzarote and Fuerteventura. The microcatchments are used to grow high-value cash crops such as wine grapes, guavas, figs, and olives in arid coastal landscapes that receive less than 8 inches of precipitation per year. Despite the high surface temperatures of the black lava and cinder surfaces, the moisture-holding capacity of the talc-like volcanic soils conserves enough water to enable tree growth to continue even through most droughts.

Neaer the Turpan Basin of western China, snowmelt from nearby mountain ranges creates sub-surface flow beneath sand dunes that extend down toward this internally-drained depression. As elevations dip below sea level at the lower edges of dunes and sandy swales, horizontal tunnels excavated by hand run 9—24 feet below the ground surface. The gravity-fed flows of cool water are concentrated in irrigation canals that then spill out into nearly 16,000 acres of vegetable gardens and orchards without the need of any mechanized pumps.

Situated in the ecotone between the Gobi and Taklamakan deserts, these underground karez canals irrigate crops that not only yield vegetables sufficient for year-round consumption by a half million Chinese citizens living in the basin, but also for the export of produce to other Chinese provinces.

Similarly, prehistoric inhabitants of the Tucson Basin of Arizona constructed water harvesting systems that allowed for crop production on tens of thousands of hectares in the Sonoran Desert. While the archaeological remnants of these systems date back to at least 3500 years in and around Tucson, their agricultural use there all but vanished by the onset of the 20th century.

And then, in the late 1970’s, hydrologists and permaculture activists in metro Tucson began to experiment with similar strategies for capturing storm runoff to meet both domestic and agricultural water needs. In 1998, water harvesting advocate Brad Lancaster began “curb cutting” to bring street runoff into his urban homestead, and he captured rainwater off his roofs as well. He now stores one hundred thousand gallons every year in cisterns and in the soil, enough to supply all the water needed for a quarter acre of garden and orchard crops, as well as showers and other domestic uses.

But Lancaster did not stop once he had made his own urban homestead water self-sufficient. By 2001, he worked with Tucson city officials to legalize “curb-cutting” at the street’s edge. This allows urban residents to direct storm runoff from streets into microcatchments to irrigate trees in their adjacent yards. Outdoor landscaping had been consuming more than a quarter of all groundwater piped by the city’s utilities to residential lots, so any other renewable water source that could reduce that demand was warmly welcomed.

In Tucson’s annual rainfall regime of 10 inches, Lancaster calculated that the stormwater harvested from a mile-long stretch of paved streets was enough to meet the irrigation demands of four hundred mature shade-bearing fruit trees. That prompted the city of Tucson to offer residents a $500 to $2000 rebate to transition their edible landscaping from pumped and piped groundwater to harvested rainwater.

In its first five years, the rainwater harvesting incentive program doled out $2 million to residents and businesses for their conversion costs, and recent analyses suggest an excellent return on investment. Property owners involved in curb-cutting and edible landscaping save an average of 748 gallons of piped water per year.

And yet, it does take “a village” to make such innovations function on a large scale. More than a dozen nurseries, garden centers and hardware stores are involved in the distribution of rainwater-harvesting cisterns, rain barrels and micro-aspersion irrigation technologies. Five locations now demonstrate “agrivoltaic” pilot projects whereby plantings of edible perennials and annual crops reduce the heightened temperatures caused by the reflective surfaces of photovoltaic arrays, while harvesting rainwater, generating renewable energy and producing food.

Trees for Tucson has distributed more than 180,000 desert-adapted trees of 48 native wild and cultivated species with edible pods and fruit to low-income neighborhood. It quantitatively tracks the cooling influence of each additional shade tree as it reduces the urban heat island effect. In addition, a dozen non-profits distribute seeds or cuttings of desert-adapted food plants for free or at reduced cost to income households.

All of these innovations now make the agrobiodiversity grown in Tucson among the most varied, place-adapted, accessible and affordable of any metro area in the United States. For that reason, among others, Tucson was designated the first UNESCO City of Gastronomy in the United States.

While many other cities around the world area increasing their surface area in tree plantings to mitigate global warming and urban heat island effects, few can compare with Metro Tucson with respect to its use of harvested rainwater and the richness of species and varietal diversity of edible plants. But cities in developing countries are where these efforts are most needed. That is because local food security needs to be enhanced at the same time that residents are being buffered from temperature extremes and dwindling water supplies. Desert cities around the world would do well to begin to emulate and adapt Tucson’s diverse strategies for adapting to climate change.

Gary Paul Nabhan is author of two recently-released books on this topic, Food from the Radical Center (Island Press) and Mesquite (Chelsea Green Publishing). A conservation biologist and agroecologist, Nabhan is the W.K. Kellogg Endowed Chair in Food and Water Security at the University of Arizona.