Around 2,700 scientists from 47 countries have signed a letter supporting a scientific paper by Defenders of Wildlife that concludes Donald Trump’s border wall is a threat to biodiversity.

After more than six months of research, Defenders of Wildlife, a conservation nonprofit, submitted a scientific paper for peer review to the Geoscience Journal. The reaction from scientists all over the world was immediate and supportive.

The scientific paper documents the ecological harm of the type of fence and barrier construction that Donald Trump wants along the 2,000-mile U.S.-Mexico border.

In a letter, electronically signed by biologists, environmentalists and many who study the historical damages caused by man-made barriers, reads: “Fences and walls erected along international boundaries in the name of national security have unintended but significant consequences for biodiversity. 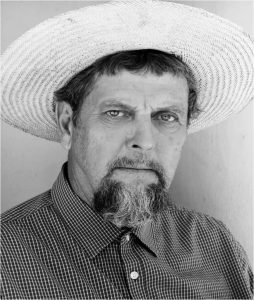 In fact, according to Defenders of Wildlife senior scientist Jenni Miller, the border barriers threaten the health of 1,500 species of plants and animals, including 62 endangered or vulnerable species.

Nabhan lives in Patagonia, 60 miles south of Tucson. He is an internationally known agricultural ecologist with a Ph.D. from the University of Arizona. He signed the letter of support for the study by Defenders of Wildlife. He says scientists from all over the world, like him, have reviewed the research and signed the open letter condemning Trump’s border wall as unscientific and irrational.

“To say the only way we can deal with human security is a wall — as opposed to electronic surveillance at the line or other means that have proven more effective — is a false pretense,” Nabhan said.

Nabhan says the construction of the wall, not just the wall itself, will be an ecological disaster.

“Some of the desert areas are so fragile and have so little resilience that you can literally see tracks made 80 years ago in the desert,” said Nabhan.