You can sip me, you can eat me and you can moisturize with me—what am I? The agave plant.

Today, this plant is widely known as the key ingredient in the alcoholic beverage that is taken with lime and salt or mixed in to make margaritas, but agave has a much greater importance in the Sonoran Desert than just tequila.

“We think about tequila as the major way we know the plant today, but up until a century ago more people ate it in this region than they drank it,” said Gary Nabhan, an agricultural ecologist and ethnobotanist, who has been studying agave and other Sonoran Desert plants for decades.

Agave has been a survival essential in the Arizona-Mexico borderlands region for more than 8,000 years.

Before grocery stores, shopping malls and hospitals, agaves served as all of these things wrapped into one. People ate from them, made clothes from them and practiced many medicinal uses, some which are still used today.

The Hohokam people specifically harvested Agave murpheyi as a main source of food and cooked the agave hearts in oven pits built in the ground. They also baked the agave leaves to extract long pieces of fiber that were used to weave clothes and make rope, according to an article published by the Arizona-Sonora Desert Museum.

Even though we no longer need agave fibers to make our clothes, the plant has become greatly underappreciated in recent years.

In order to revive the importance of agave, Nabhan has partnered with Hotel Congress to help turn its Cinco de Mayo tequila competition into a city-wide festival that educates people and celebrates the significance of agave.

“His [Nabhan’s] collaboration in the festival really helped shine a light on all the other aspects of agave outside of just spirits,” said Dalice Shepard, the senior marketing and events manager at Hotel Congress. 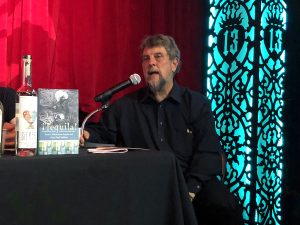 Tucson’s Agave Heritage Festival began in 2008 as a one-day event to help bring some attraction to Downtown Tucson. This year, the 2018 festival grows into 10 days of over 25 activities spread throughout the Tucson area. From April 27 until May 6, events that are a part of the festival happened all over the city.

“One of the things I think is really special about this festival is even though it is still a Hotel Congress event…There are more events that are happening outside our scope than within,” Shepard said. “That’s just one way to sort of show how the partnerships throughout the community have grown.”

After Tucson received its designation as the first U.S. UNESCO City of Gastronomy, Mayor Jonathan Rothschild wanted to use this as an opportunity to ramp of Tucson’s recognition for festivals as a fun way to educate people on the region’s food.

“This is a community where we value education, not just value education but try to give people a better education so what better way to do that than doing it in a festival kind of setting,” Rothschild said.

This festival is the first one to have a Tucson UNESCO City of Gastronomy sponsorship, and with the support of local businesses it has also become a community initiative to show people that there is more to agave than meets the eye.

“It’s not just about alcohol it’s about all the uses of agaves and how significant they’ve been for ten thousand years prior even to the cultivation of corn, beans and squash in Mexico and also the southwest,” said Doug Smith owner of Exo Roast Co. Smith is an anthropologist who earned a Ph.D. in Cultural and Social Anthropology from Stanford University.

As an anthropologist and professor, Smith researched agricultural history in Mexico and he became fascinated with the mezcal traditions in different communities. Mezcal is the general term for 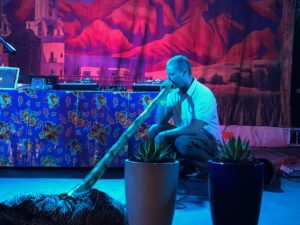 any alcoholic beverage made with agave, while it’s sibling, tequila, can only be made with blue agave.

Smith had been an attendee at the heritage festival in past years, but this year he and his coffeehouse are part of the festival events. It was his idea to do an educational bacanora event at Exo Roast Co. that will focus on the sustainability of agave. Bacanora is Sonora’s mezcal, a special kind of alcohol that by law can only be made with a specific kind of agave, agave Pacifica.

“The key thing is the amazing process to make bacanora, it’s really, really hard work,” Smith said. “I want people to really get into it, get interested in it so that there is a lot of positive and constructive energy behind the different things that I think need to be done in order to make it viable in the future.”

The heritage festival’s combination of delicious food, authentic drinks and fun combined with the educational value will help showcase why people should care about agave and other local plants.

“There’s something about this plant that will always be relevant as long as we stay aware of its importance and recognize the sustainability of it,” Shepard said.

The agave plant can grow in and withstand some of the most brutal weather conditions.It grows in rocks and bad soil conditions with little to no water and can still produce sweet liquid and be used as food.

The agave plant serves as a reminder and tribute to the people of the Sonoran Desert and the traditions of their cultures. And the Agave Heritage Festival is the reminder to the people of Tucson to appreciate what’s in their backyard and support local plants.

“We’re lucky that it’s not just something that’s forgotten here, that it’s still a living part of our culture. This isn’t about history, this is about living heritage,” Nabhan said.

Carly Oseran is a reporter for Arizona Sonora News, a service from the School of Journalism with the University of Arizona.