A new report on the state of Tucson’s food system – produced by the UA Center for Regional Food Studies – shows that Tucson is one of the top U.S. cities in its high diversity of edible plants affordably accessed, grown and eaten as means to reduce food insecurity.

Marking the December 15 second anniversary of Tucson, Arizona’s designation as the first UNESCO City of Gastronomy in the United States, the University of Arizona Center for Regional Food Studies has issued the second annual report on the “State of Tucson’s Food System,” which focuses on the role of the ‘edible biodiversity’ of over 2,020 varieties of 340 food plant species in the local economy. 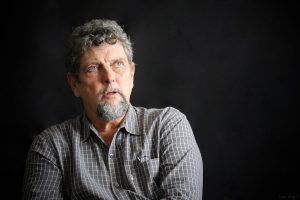 “This report shows that Tucson’s community organizations have done more to improve affordable access to food biodiversity than efforts known in any other major city in North America,” said Gary Paul Nabhan, the founding director of the center and the report’s lead author. “Tucson has become the model for how metro areas can grow and distribute a more diverse supply of fresh fruits and vegetables that reach low-income households.”

The new report documents how over 14 community organizations have collaborated to provide broader public access to seeds and produce. In addition, due to discounted or donated offerings of many of these edible plants to low-income households, many food-insecure families can now grow their own produce or glean it from public spaces, thereby reducing out-of-pocket food costs while increasing dietary diversity and nutrition.

Tucson’s creative strategies for conserving and disseminating food biodiversity was a major factor in its designation as the first UNESCO City of Gastronomy in the U.S., which has garnered national and international attention. The official tourism agency Visit Tucson calculates that since receiving the UNESCO City of Gastronomy designation, the value of media publicity about the Tucson region has increased from $5 million to $30 million annually, which has helped promote Tucson’s vibrant food scene of food festivals, farmers markets, co-ops, restaurants, and educational food events.

Tucson Mayor Jonathan Rothschild, who submitted the application to receive the designation, said, “I’m very pleased to see how much attention Tucson has gotten for the diversity and quality of our food system. Equally important is our commitment to increasing food security for all Tucsonans.”

“Rather than witnessing a decline in access to food diversity that has resulted in more homogeneous, nutrient-poor diets in most cities and countries in the world over the last 50 years, Tucsonans can take pride in the fact that their innovations are helping reverse such trends,” said Nabhan, who is also the W.K. Kellogg Endowed Chair in Sustainable Food Systems in the UA Southwest Center.

These innovations include the proliferation of free “seed libraries;” publically-responsive seed banks, nurseries and botanical gardens; and the use of federal Supplemental Nutrition Assistance Program (SNAP) food benefits to allow low-income households to purchase seeds and transplants to “grow” multiple meals rather than using their Electronic Benefit Transfer (EBT) cards to purchase just a single meal.

“This report documents how Tucson is an international leader in conserving and providing access to food biodiversity and how it is sharing these best practices with other Cities of Gastronomy,” said Jonathan Mabry, president of the nonprofit Tucson City of Gastronomy managing the UNESCO designation. Mabry is also the new director of community engagement for the College of Social and Behavioral Sciences, which houses the Center for Regional Food Studies.

Mabry added, “The UA Center for Regional Food Studies provides critical assistance to the City of Tucson and the nonprofit Tucson City of Gastronomy in meeting its reporting requirements to UNESCO by tracking changes in the local food system in these annual reports.”

Additional highlights from the report include:

• At least 80 percent of the annual food crop varieties and 40 percent of the woody perennial food species in this larger inventory are now available for free or at discounted cost to food-insecure refugees from at least 20 countries, as well as to Native American and Hispanic families that have lived in this desert landscape for millennia.

• Over 45 local producers – including 25 new micro-enterprise start-ups in the last three years – are producing and direct-marketing more than 145 artisanally-processed food products using foods foraged or grown in the Tucson area, creating new “green livelihoods” for both long-time Native American and Hispanic inhabitants and recently-arrived refugee residents.

• With a continuous tradition of desert agriculture in the Tucson Basin reaching back at least 4,000 years, native cultivated varieties of maize, beans, squash, chiles and other food crops have 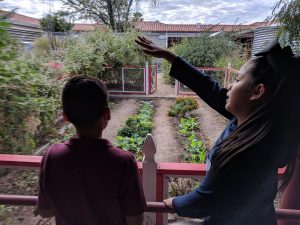 persisted in home use, roadside stands, farmer’s markets and restaurants. However, the vast majority of seed and fruit varieties grown in Tucson arrived via immigrant cultures.

• Tucson area farmers, foragers and ranchers continue to harbor more seeds of rare food plants and breeds of rare livestock that have been listed on the Slow Food International Ark of Taste than those in any other metro region of the U.S. of comparable size.

• Because of local organizations such as the Desert Harvesters, the Arizona-Sonora Desert Museum, San Xavier Farm Co-op, Desert Survivors Nursery, Mission Gardens and Tohono Chul Park, there is a wealth of non-formal educational activities available to residents who care to learn about harvesting techniques, wild-foraging ethics, and culinary preparations of edible plants found in Tucson landscapes.

Megan Carney, the new director of the Center for Regional Food Studies, is excited to continue these partnerships through the City of Gastronomy network. Carney, who is also an assistant professor in the School of Anthropology, wrote a book titled The Unending Hunger: Tracing Women and Food Security Across Borders.

“Our center is committed to social justice both in our borderlands foodshed and beyond,” Carney said. “Biodiversity is a matter of social justice. Without concerted efforts to preserve and cultivate biodiversity, our food system will be monopolized by private interests. At stake here is not only the health and resilience of our ecosystem, but that of our own population as well.”