On December 11, 2016, the United Nations Educational, Scientific and Cultural Organization (UNESCO) announced designation of the City of Tucson as a City of Gastronomy in the Creative Cities Network.

The City partnered with the University of Arizona’s College of Social and Behavioral Sciences’ Southwest Center, Edible Baja Arizona magazine, and many other community partners to successfully apply for recognition of Tucson Basin’s rich agricultural heritage, thriving food traditions, and culinary distinctiveness through a UNESCO City of Gastronomy designation.

This publication is the first annual report of the Tucson initiative’s advances and accomplishments to date, and is a requirement of being part of the UNESCO Creative Cities Network. 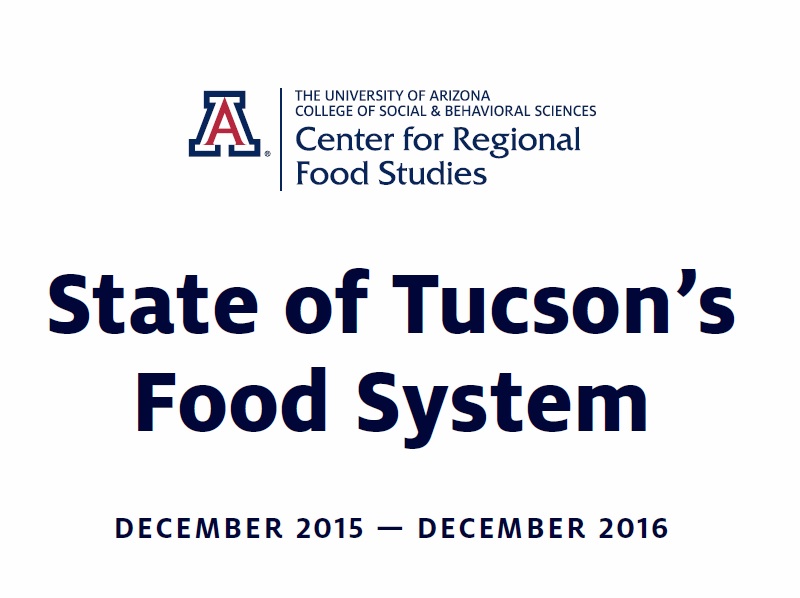 However, the achievements listed here include some efforts which began prior to, and in some cases independent of, the Mayor’s Commission on Food Security, Heritage, and Economy, and the UNESCO designation. Credit must therefore be given directly to the grassroots organizations, non-profits, educational institutions and businesses which worked tirelessly toward accomplishing these advances, and not necessarily to the Commission itself nor to nascent UNESCO-related programming.

Nonetheless, these efforts are consistent with the goals of the Commission and the UNESCO initiative, and worthy of celebration. These achievements are organized into five categories, followed by currently compiled benchmarks on the state of Tucson’s food system. Most statistics are from either the 2015 or 2016 calendar year.

Gary Paul Nabhan, recently interviewed by a clod of dirt

Dirt: So you occasionally write about us? Gary: Well yes, on occasion. Why? Dirt: What do you think entitles you…