We typically celebrate Columbus Day with clichéd truisms: An adventurous European Christian explorer “discovered” a New World filled with a “strange people,” gold and silver, pungent spices and marvelous crops, all for the taking. In truth, the land had been not been “discovered” by Columbus, but had been home to hundreds of distinctive farming, fishing and hunting peoples for millennia. Even the first sighting of land from the explorer’s ships was not made by Columbus himself, but by a Jew named Rodrigo de Triana, who later embraced Islam and journeyed to the Spice Islands that Columbus zealously sought but never found. And yet Columbus wrote up the history in his own way, and claimed a handsome reward from King Ferdinand. 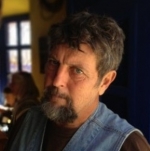 The native farmers of the New World whom Columbus encountered were decimated by a level of violence and disease that remains appalling today, 524 years later, and those who survived were never offered much support for selecting and cultivating the remarkable food and spice crops that Columbus hauled back to Europe.

More than five centuries later, Arizona needs to face the fact that it its hundred year history as a state, it has done little to tangibly support or celebrate the dozen or so distinctive farming traditions of Native American communities found within its borders, nor of the other indigenous farmers (like the Yaqui) who have immigrated here to escape violence and oppression in their ancient homelands.

Most remarkably, members of these traditional cultures of farmers, herders and ranchers are now recognized by the U.S. Census Bureau as the majority of “primary operators” of farms and ranches in our state, managing 80% of the food-producing land in Arizona, more than Anglo-, Hispanic-African- and Asian-American farmers and ranchers combined. And yet there has never been a single Native American farmer, rancher or herder invited to be on the governing board of the Arizona State Department of Agriculture! The current ADA Director Mark Killian, committed in print to create an American Indian Advisory Council well over a year ago, but to date, has not made this issue one of his priorities.

As such, the Arizona state government risks losing the federally-funded portion of its agricultural assistance budgets, for the same kind of historically entrenched “structural racism” for which the federal courts have found the U.S. Department of Agriculture culpable. For years, courts have ruled that boards must represent the ethnic diversity of user populations  of various agencies. In a series of landmark court decisions, the USDA has been found guilty of racial, cultural and gender discrimination in access to and deployment of agricultural programs, for having failed to offer adequate representation and financial support to women, African-American, Hispanic-American and Native American food producers.  For Native Americans alone, $760 million has been provided through the Keepseagle settlement, for which on-reservation farms like San Xavier Co-op south of Tucson have applied. Importantly, many Native American women are eligible for settlement monies through the Love v. Vilsack settlement as well. The indigenous women who herd sheep and goats, and cultivate market gardens , orchards and farm plots, are the reason why Arizona ranks in the top three states in the nation  for its high percentage of women food producers.

Over a hundred farmers, food activists, faith leaders, tribal educators and agricultural researchers signed a request for more tribal, racial and multi-cultural representation in Department of Agriculture advisory boards in February 2016. This petition was sent to Killian and others on his board, but despite numerous queries, he has never offered a public response to it.

We not only need to request that the Arizona Department of Agriculture move on finally providing full representation of these skilled farmers and ranchers on its advisory and governing boards. We also need to make sure that we are supporting Native producers of mutton, beef, goat, fruits, vegetables and grains by purchasing the food products they make available through markets and restaurants so that they can have liveable wages. Unless they are financially rewarded for the hard work, skills and intelligence they bring to their food production, they will be tempted to take jobs that reduce their amount of time available for farming.

Columbus Day is not as important as how our society rectifies the problems generated in the after-Columbus era. The Native American women and men who tenaciously continue their food traditions for cultural, spiritual, economic and nutritional reasons deserve our support, our gratitude and our respect. They deserve to be fully represented in every state or federal dialogue which affects their destiny.

Gary Paul Nabhan is an Arab-American orchard keeper who grows fruit in Patagonia, Arizona, and who has provided technical training and educational opportunities to Native American youth for over three decades.