TUCSON, Ariz. — THIS summer the tiny town of Furnace Creek, Calif., may once again grace the nation’s front pages. Situated in Death Valley, it last made news in 1913, when it set the record for the world’s hottest recorded temperature, at 134 degrees. With the heat wave currently blanketing the Western states, and given that the mercury there has already reached 130 degrees, the news media is awash in speculation that Furnace Creek could soon break its own mark. 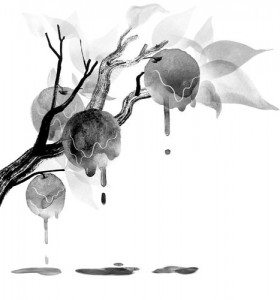 Such speculation, though, misses the real concern posed by the heat wave, which covers an area larger than New England. The problem isn’t spiking temperatures, but a new reality in which long stretches of triple-digit days are common — threatening not only the lives of the millions of people who live there, but also a cornerstone of the American food supply.

People living outside the region seldom recognize its immense contribution to American agriculture: roughly 40 percent of the net farm income for the country normally comes from the 17 Western states; cattle and sheep production make up a significant part of that, as do salad greens, dry beans, onions, melons, hops, barley, wheat and citrus fruits. The current heat wave will undeniably diminish both the quality and quantity of these foods.

The most vulnerable crops are those that were already in flower and fruit when temperatures surged, from apricots and barley to wheat and zucchini. Idaho farmers have documented how their potato yields have been knocked back because their heat-stressed plants are not developing their normal number of tubers. Across much of the region, temperatures on the surface of food and forage crops hit 105 degrees, at least 10 degrees higher than the threshold for most temperate-zone crops.

What’s more, when food and forage crops, as well as livestock, have had to endure temperatures 10 to 20 degrees higher than the long-term averages, they require far more water than usual. The Western drought, which has persisted for the last few years, has already diminished both surface water and groundwater supplies and increased energy costs, because of all the water that has to be pumped in from elsewhere.

If these costs are passed on to consumers, we can again expect food prices, especially for beef and lamb, to rise, just as they did in 2012, the hottest year in American history. So extensive was last year’s drought that more than 1,500 counties — about half of all the counties in the country — were declared national drought disaster areas, and 90 percent of those were hit by heat waves as well.

The answer so far has been to help affected farmers with payouts from crop insurance plans. But while we can all sympathize with affected farmers, such assistance is merely a temporary response to a long-term problem.

Fortunately, there are dozens of time-tested strategies that our best farmers and ranchers have begun to use. The problem is that several agribusiness advocacy organizations have done their best to block any federal effort to promote them, including leaving them out of the current farm bill, or of climate change legislation at all.

One strategy would be to promote the use of locally produced compost to increase the moisture-holding capacity of fields, orchards and vineyards. In addition to locking carbon in the soil, composting buffers crop roots from heat and drought while increasing forage and food-crop yields. By simply increasing organic matter in their fields from 1 percent to 5 percent, farmers can increase water storage in the root zones from 33 pounds per cubic meter to 195 pounds.

And we have a great source of compostable waste: cities. Since much of the green waste in this country is now simply generating methane emissions from landfills, cities should be mandated to transition to green-waste sorting and composting, which could then be distributed to nearby farms.

Second, we need to reduce the bureaucratic hurdles to using small- and medium-scale rainwater harvesting and gray water (that is, waste water excluding toilet water) on private lands, rather than funneling all runoff to huge, costly and vulnerable reservoirs behind downstream dams. Both urban and rural food production can be greatly enhanced through proven techniques of harvesting rain and biologically filtering gray water for irrigation. However, many state and local laws restrict what farmers can do with such water.

Moreover, the farm bill should include funds from the Strikeforce Initiative of the Department of Agriculture to help farmers transition to forms of perennial agriculture — initially focusing on edible tree crops and perennial grass pastures — rather than providing more subsidies to biofuel production from annual crops. Perennial crops not only keep 7.5 to 9.4 times more carbon in the soil than annual crops, but their production also reduces the amount of fossil fuels needed to till the soil every year.

We also need to address the looming seed crisis. Because of recent episodes of drought, fire and floods, we are facing the largest shortfall in the availability of native grass, forage legume, tree and shrub seeds in American history. Yet current budget-cutting proposals threaten to significantly reduce the number of federal plant material centers, which promote conservation best practices.

If our rangelands, forests and farms are to recover from the devastating heat, drought and wildfires of the last three years, they need to be seeded with appropriate native forage and ground-cover species to heal from the wounds of climatic catastrophes. To that end, the farm bill should direct more money to the underfinanced seed collection and distribution programs.

Finally, the National Plant Germplasm System, the Department of Agriculture’s national reserve of crop seeds, should be charged with evaluating hundreds of thousands of seed collections for drought and heat tolerance, as well as other climatic adaptations — and given the financing to do so. Thousands of heirloom vegetables and heritage grains already in federal and state collections could be rapidly screened and then used by farmers for a fraction of what it costs a biotech firm to develop, patent and market a single “climate-friendly” crop.

Investing in climate-change adaptation will be far more cost-effective than doling out $11.6 billion in crop insurance payments, as the government did last year, for farmers hit with diminished yields or all-out crop failures.

Unfortunately, some agribusiness organizations fear that if they admit that accelerating climate change is already affecting farmers, it will shackle them with more regulations. But those organizations are hardly serving their member farmers and ranchers if they keep them at risk of further suffering from heat extremes and extended drought.

And no one can reasonably argue that the current system offers farmers any long-term protection. Last year some farmers made more from insurance payments than from selling their products, meaning we are dangerously close to subsidizing farmers for not adapting to changing climate conditions.

It’s now up to our political and business leaders to get their heads out of the hot sand and do something tangible to implement climate change policy and practices before farmers, ranchers and consumers are further affected. Climate adaptation is the game every food producer and eater must now play. A little investment coming too late will not help us adapt in time to this new reality.

Gary Paul Nabhan is a research scientist at the Southwest Center at the University of Arizona and the author of “Growing Food in a Hotter, Drier Land: Lessons From Desert Farmers in Adapting to Climate Uncertainty.”

A little resurrected book showed up at our place in Patta-Butta, AridZona this week, with a new cover by O’odham…