An artisan-crafted Taco Diplomacy Food Wagon was recently launched as a provocative food art exhibit to remind its viewers of the many flavors without borders that enrich the lives of our region. It was inaugurated the weekend of October 13 to 15, 2011, where over 100,000 Arizonans and Sonorans gathered at Tucson Meet Yourself to celebrate cultural diversity and its links to food and music traditions.

The 5000 pound mobile art exhibit was designed by Cade and Jesus of Dust Designs in Tucson, based on a concept developed by a team of Sabores Sin Fronteras participants including Kimi Eisele, Maribel Alvarez, Gary Nabhan, Duncan Blair, Dennis Moroney, Mac Donaldson, DeJa Walker, Elena Chavarria, Suzanne Jameson and Amanda Webb. It was funded by Maggie Kaplan of Invoking the Pause, and the Arizona Humanities Council. It features dynamic exhibits of foods native to both sides of the border, and its launch included mesquite tortillas made by Esperanza Arevalo of Tortilleria Arevalo.

The thousands of viewers were asked several simple questions, such as “What is a taco to you?” AND “Are you a “taco diplomat”? 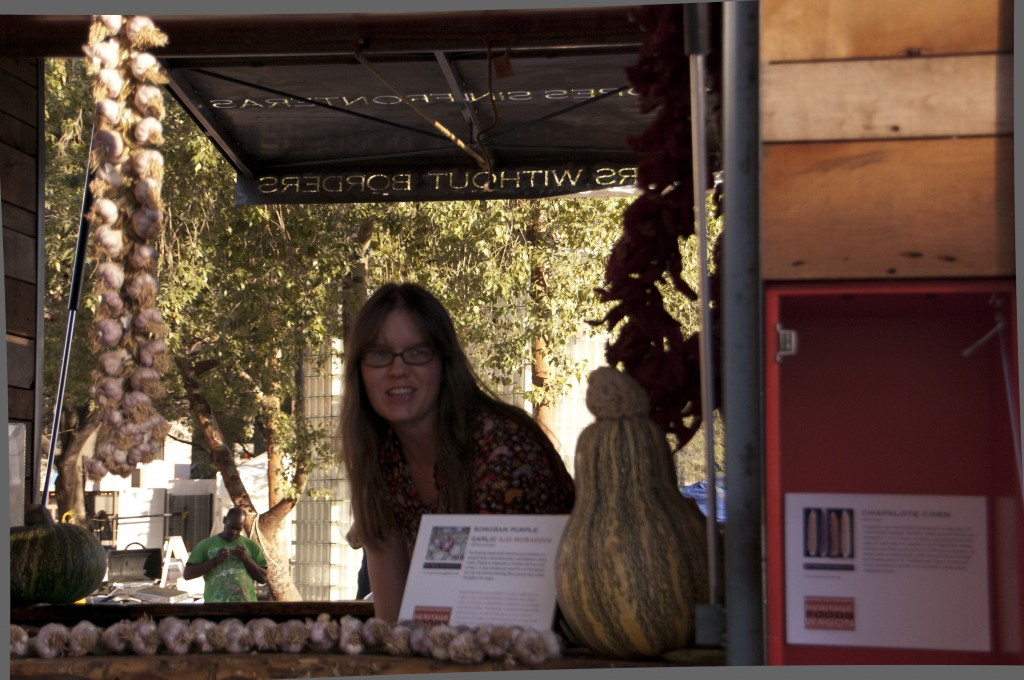 Do you savor, celebrate and promote the foods we share across the U.S./Mexico border to acknowledge our debts and gratitude to the indigenous and mestizo peoples of the Desert Borderlands for enriching our lives? Are you ready to support their efforts toward greater food justice, food security, food democracy and food sovereignty? Then you are a “taco diplomat!